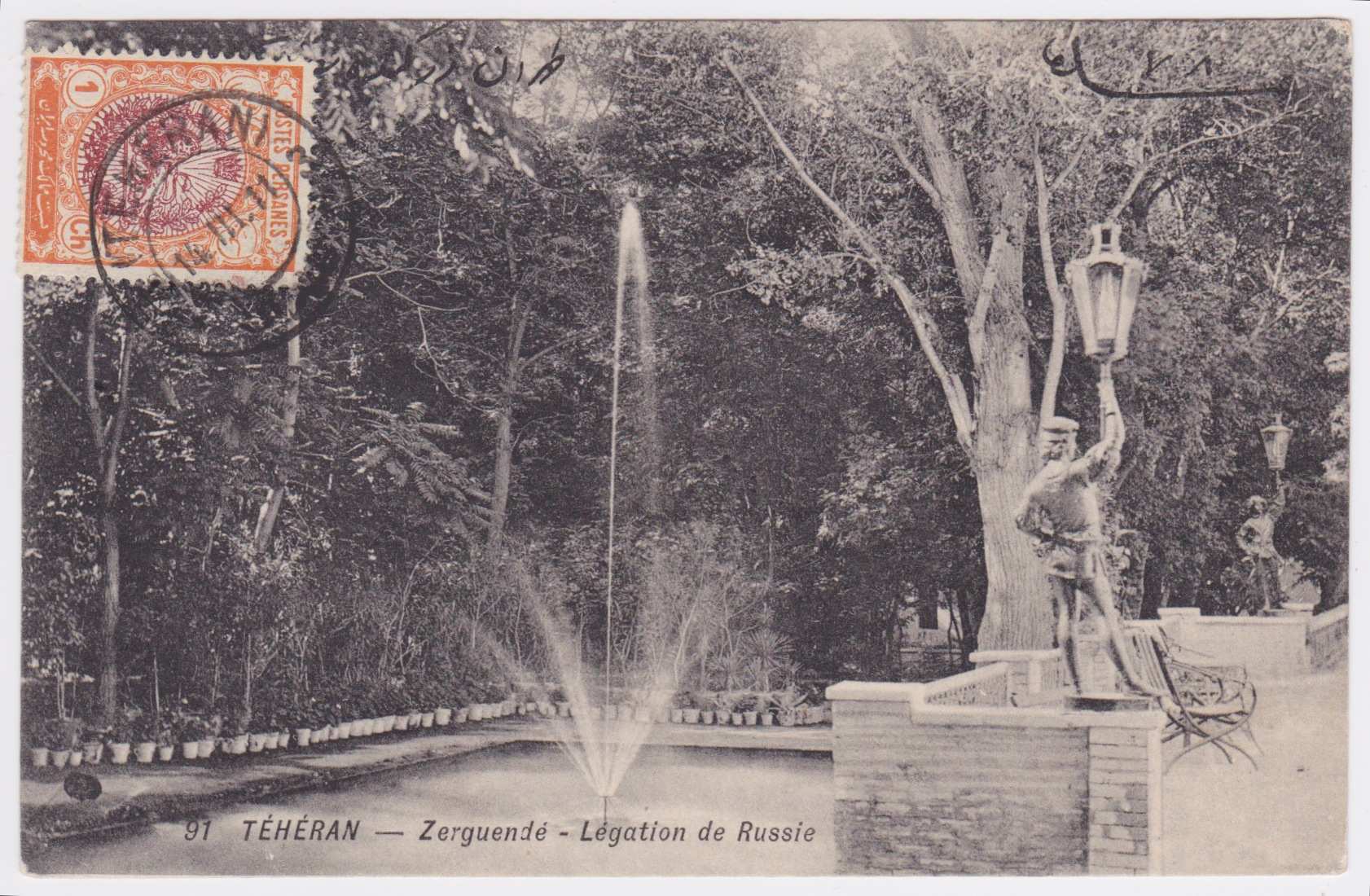 This is a nice Tehran postcard used locally with a 1Ch Postes Persanes adhesive in December 1910 with TEHERAN cds. It also has a second stamp and TEHERAN datestamp from March 1911 on the picture side, indicating probably reuse. Good condition.