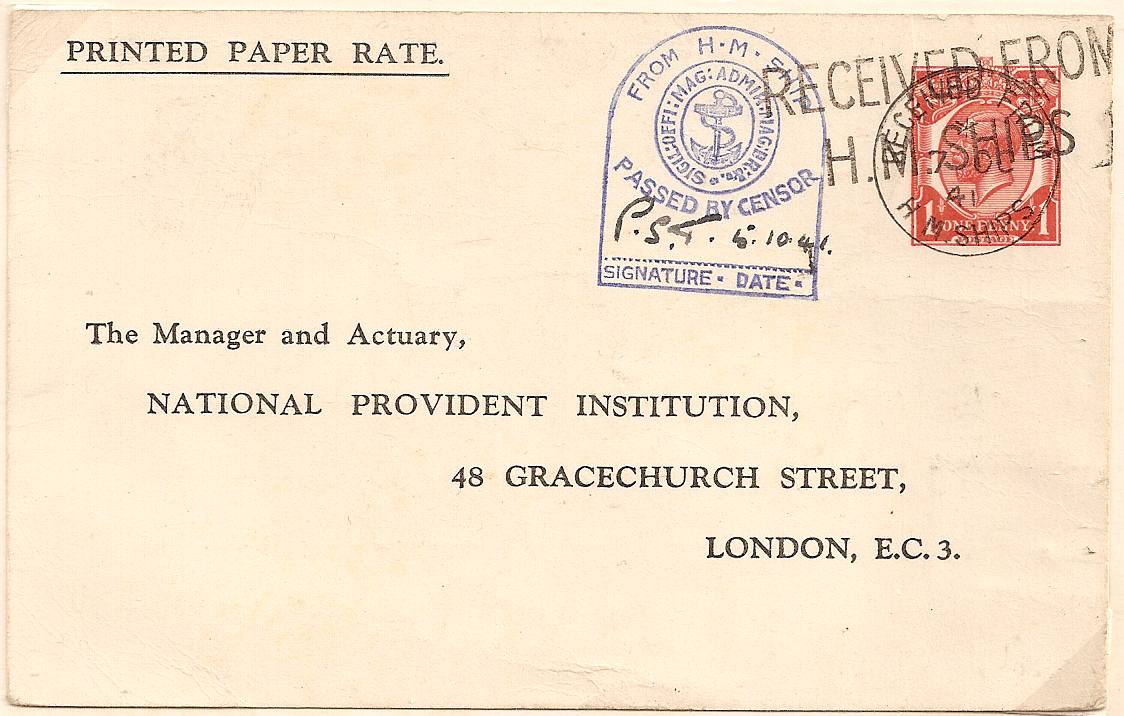 This is a censored King George V stamped to order 1d postal stationery postcard, which had been printed in August 1940, four years after the accession of King George VI. It was used the following year by Naval personnel and, as a result, acquired a scarce combination of three markings: RECEIVED FROM HM SHIPS slogan and handstamp, together with the eye-cataching HM SHIPS PASSED BY CENSOR mark. Very good condition.