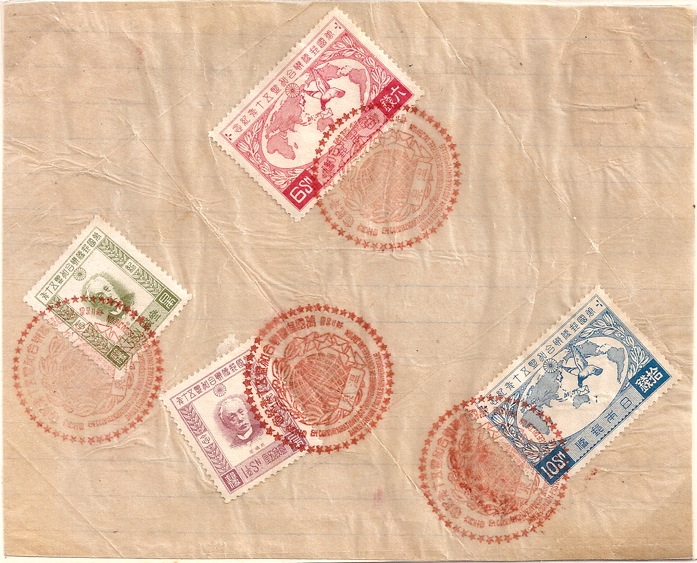 This is a standalone sheet featuring the set of four commemorative stamps issued in 1927 for Japan's 50th anniversary of membership of the U.P.U. (Universal Postal Union), and cancelled, probably on the first of day issue, in Japanese, with very nice strikes of the special postmark. Unusual item.