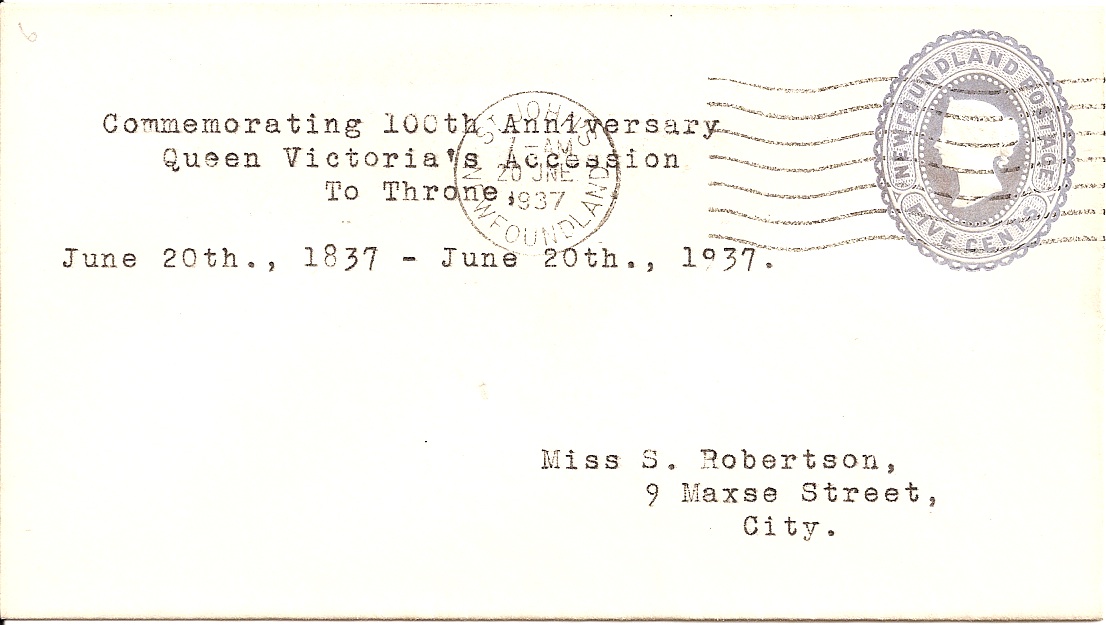 This is a Newfoundland Queen Victoria five cents postal stationery envelope from 1889, used (by a fervent monarchist!) in 1937 to commemorate the 100th anniversary of the accession to the British throne of Her Majesty. Queen Victoria postage still remained valid at the time.