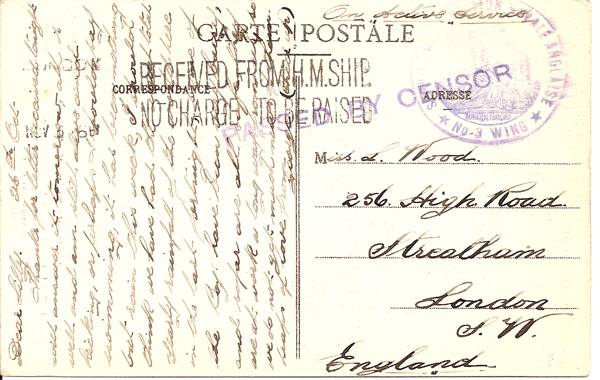 This is a French picture postcard with a French cachet of the English Naval Air Service No 3 Wing in place of an adhesive as it was sent by a serving member in France. Arriving in London, it was marked RECEIVED FROM HM SHIP NO CHARGE TO BE RAISED. Also has a censor mark in the same colour as the French cachet.